i have been accustomed

It might be cliche but I love fall. Even in North Texas where autumn feels like a brief layover between summer and winter, I still get excited as everything turns a shade of orange and pumpkin-spiced.

Every fall I create a playlist of songs that remind me of the season in some way. It could be the song reminds me of a specific fall memory or it somehow feels the way I do when the weather turns cooler.

It’s an excuse to dive into my favorite artists as well as experience new ones. I spend countless hours listening for the perfect songs. I could easily have hundreds on the playlist but I force myself to keep it to twelve.

Twelve songs that move me in some way, that reach out to me and remind me of the season change. It’s personal and makes me feel connected to the music. No one else listens to these twelve songs in this particular order. It creates a unique experience.

Do you do the same thing? What songs would be on your list? Here are a few that made my list this year.

The Night We Met: Lord Huron

Last of My Kind: Jason Isbell and the 400 Unit

Koda waited anxiously for his name to be called, his feet tucked tightly under his desk.  It was something he did, almost a compulsion. He did it to hide his shoes. They were hand-me-downs, like nearly everything else in his wardrobe, and at least a size too big. They used to be white with a long blue stripe down the side but now were yellow from age and dirt. Even when they were bright-white and new, they were ugly shoes. They were the cheapest, blandest, sneakers you could buy at Walmart. He knew because he was there when his parents bought them for his older brother.

Koda looked down at his shoes as he repositioned them under his desk. The left shoe had a new lace, white and clean which looked out of place on the worn shoe, especially compared to the right shoe with its old frayed lace. Why his mother hadn’t replaced both laces he could never understand.  He had asked her to, she simply smiled, gave him a curious look and replied very matter-of-factly that he only needed one.

The first day of school was always the hardest for Koda.  Everyone came in their new clothes. Brand name jeans with strategically placed rips, t-shirts with famous logos, and of course, their new shoes.  Koda noticed shoes. All of the unblemished, new shoes shuffling down the halls made his yellowed hand-me-downs all the dirtier in comparison.

The first day also meant ice-breakers, introductions, and stupid little scavenger hunts for things around the classroom like the recycle bin and class rules chart.  He hated the thought of standing up in front of the class, mumbling his name and an interesting fact about himself. At least he had gotten a seat at the back of the class, thanks to a little bit of understanding from his dad.

Koda begged his dad the night before to drop him off extra early.  His argument had been that their car was old, loud and ugly. His dad had laughed and insisted he liked the ugly old car but Koda persisted, and even though his argument hadn’t been eloquent, it had worked.  When they pulled up to the school, Koda thought his dad looked sad. As he reached for the door handle, his dad had put his large hand on Koda’s shoulder and looked him in his eyes.  Koda could tell it was important because his dad wasn’t smiling and his dad was always smiling. Smiling, laughing and telling stupid jokes that made him laugh and smile even more. Koda wouldn’t admit it but he loved his dad’s stupid jokes. But in that moment, his dad looked serious.  He pulled Koda toward him just an inch, still staring directly into his eyes like he was going to tell him a secret. After a moment, his dad took a deep breath and said, “Koda, you matter.  Not the car you drive or the shoes you wear. But you, you matter.”  His dad had poked the middle of his chest with his large index finger as he said the last two words. 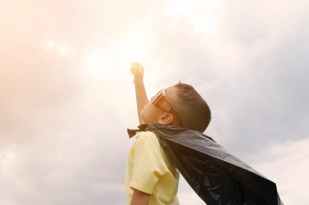 Now, sitting in the back of the class, hiding his shoes and waiting for his name to be called, he remembered his dad’s words, “you matter.”  His chest began to pulse where his Dad’s enormous finger had poked him. He could feel it growing warmer with each pulse until it was radiating from his chest and spreading slowly through his body.  The warmth had reached his knees when his name was called. He passed neat rows of plastic desks and didn’t even notice the shoes beneath them. By the time he stood in front of the class, the warmth had reached the tips of his toes, filling his whole body.

He stood at the front of the class, smiled his dad’s smile and said proudly, “Hi, My name is Koda.”